“A Death in the Desert” — a short story by Willa Cather 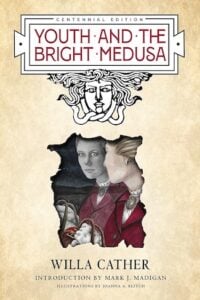 Originally published in Scribner’s Magazine in 1903, “A Death in the Desert” is a widely anthologized short story by Willa Cather. The full text of its final, 1920 version is presented here.

Cather had two occasions to self-edit the story. It appeared in her first collection of stories, The Troll Garden (1905), and then in Youth and the Bright Medusa (1920). All told, she edited it down from about ten thousand words to seven thousand, polishing it to its essence.

“A Death in the Desert” tells of a man named Everett who, at the start of the story, is on a train from Holdrege, Nebraska to Cheyenne, Wyoming. Bearing a strong resemblance to his older brother Adriance, a well-known musician, he is forever burdened by the comparison. END_OF_DOCUMENT_TOKEN_TO_BE_REPLACED 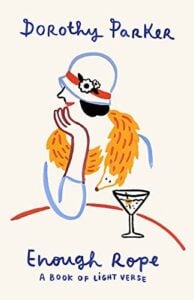 It’s almost a cliché to say that Dorothy Parker (1893–1967) was known for her acid wit, but that’s an accurate way to describe her acerbic style. Enough Rope: Poems by Dorothy Parker (1926) was her first published collection of verse. This collection includes the much-anthologized verses “Résumé” and “One Perfect Rose.”

In addition to verse, Parker wrote short stories, essays, and reviews. She was one of the founding members of the Algonquin Roundtable, an exclusive group of eminent New York City writers in the early twentieth century.

Published by Boni and Liveright (NY) in 1926, Enough Rope is dedicated “To Elinor Wylie” a highly regarded poet of the era. A credit line reads: “The verses in this book were first printed in Life, Vanity Fair, The New Yorker, and The New York World.” END_OF_DOCUMENT_TOKEN_TO_BE_REPLACED 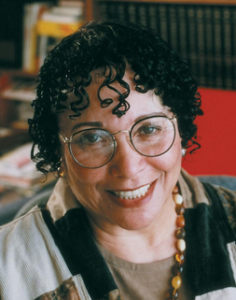 Children’s book writer Virginia Hamilton (March 12, 1936 – February 19, 2002) built an unparalleled legacy in American letters. She published forty-one books in the course of her writing career and was recognized with every major award in the children’s literature field.

The MacArthur Foundation described Virginia Hamilton “as a writer of children’s literature who wove Black folktales and narratives of African American life and experience into her work.” She was the first children’s book author to receive this award. END_OF_DOCUMENT_TOKEN_TO_BE_REPLACED 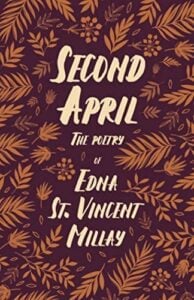 For Edna St. Vincent Millay, 1921 proved to be the year she broke through. A Few Figs from Thistles, her first major collection after Renascence and Other Poems (1917), explored, among other themes, love and female sexuality. It was soon followed by Second April, also published in 1921.

Second April, which is in the public domain, is presented here in full. The poems dealt with love, heartbreak, nature, and death. These 1921 publications catapulted her to superstar status, something rarely achieved by a poet, before or since.

Throughout the 1920s — call them The Roaring Twenties or the Jazz Age — Vincent, as she was known by those closest to her, recited to enthusiastic, sold-out crowds during her many reading tours at home and abroad. END_OF_DOCUMENT_TOKEN_TO_BE_REPLACED

The Impact of the Partition on Amrita Pritam and her Writing 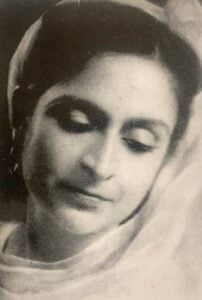 In 2021, The Union Government of India designated Partition Horrors Remembrance Day to be commemorated yearly on August 14. This is a fitting occasion to consider the impact of the India-Pakistan Partition of 1947 on the writings of litterateur/journalist Amrita Pritam, who lived through this horrific time.

For those of us who were born in independent India, there is not much recollection of what happened then, as perhaps our elders were trying to shield us from the sorrows of those times.

It is only through reading books like Larry Collins and Dominique Lapierre’s Freedom at Midnight and Amrita Pritam’s works in translation, including her autobiography, The Revenue Stamp , that brought that terrible time alive. END_OF_DOCUMENT_TOKEN_TO_BE_REPLACED 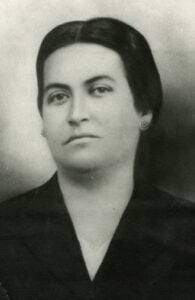 Born in poverty, Lucila Godoy Alcayaga could never have predicted the lofty global reputation she would achieve as the Nobel Prize-winning poet Gabriela Mistral (1889–1957). Presented here are several of Gabriela Mistral’s early poems that appeared in regional Chilean publications, primarily from 1905 and 1908, when she was in her teens.

Though there was a gap in her published poetry from 1906 to 1907, she continued to write, contributing prose pieces to local publications, particularly La Serena.

These poems presented here in are in Spanish only, as it’s unclear whether they have ever been professionally translated into English or other languages until now. Perhaps someone will discover them and undertake this worthy task.

END_OF_DOCUMENT_TOKEN_TO_BE_REPLACED 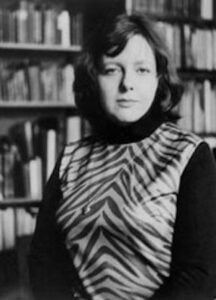 Brigid Brophy (June 12, 1929 – August 7, 1995) was a British novelist, cultural commentator, and essayist. She was also a keen activist for animal rights and a leading campaigner for social issues including LGBT rights, prison reform, divorce reform, and equity for authors.

She was the prolific author of novels and nonfiction works, including essays and commentary, many of which espoused her social stances. Her activism has had a lasting impact, and her books are still being read and studied.

END_OF_DOCUMENT_TOKEN_TO_BE_REPLACED

The Harp-Weaver and Other Poems by Edna St. Vincent Millay (1922)-full text 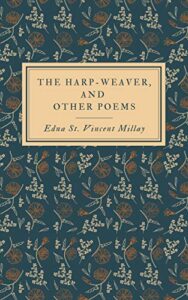 1923 was a banner year for Edna St. Vincent Millay. She won the Pulitzer Prize for poetry for her fourth volume of poems, The Harp-Weaver and Other Poems (published in 1922).

She was only the second person to receive a Pulitzer for poetry, and the first woman to win the prize. Following is the full text of this collection.

That year, Vincent also embarked on an unconventional marriage with Eugen Jan Boissevain. The handsome Dutch importer was a kindhearted man twelve years her senior, and she married him when, as her erstwhile lover Edmund Wilson saw it, “she was tired of breaking hearts and spreading havoc.” END_OF_DOCUMENT_TOKEN_TO_BE_REPLACED